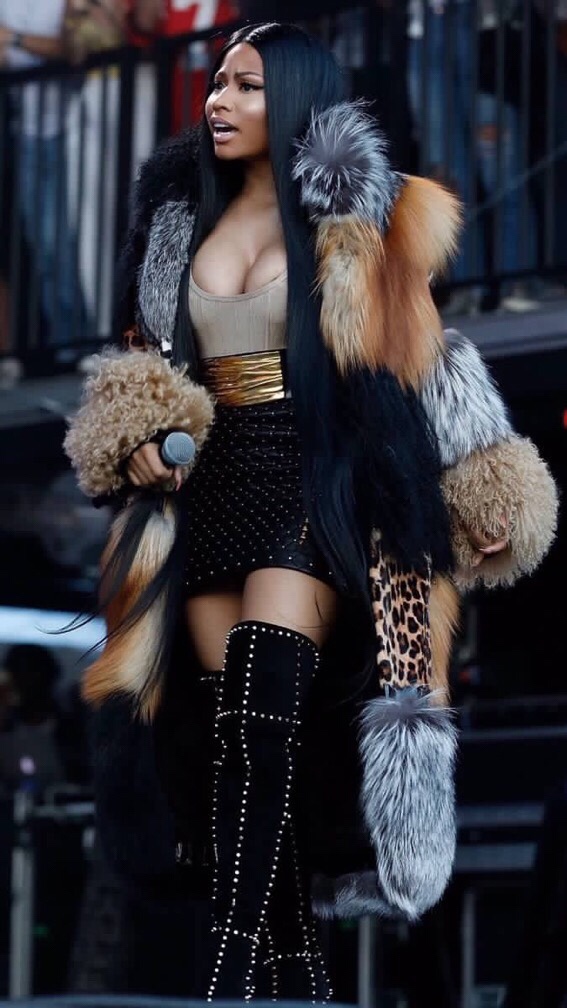 Everyone got a stick deep in their ass about this video Nicki Minaj posted on social media and it’s hilarious.

I thought the video showed her personality, it was cute and dramatic. I act the exact same way when I’m standing next to the microwave, watching the time go down, waiting for my food to get warm.

There are so many people who are acting so pissy about this video, it’s not that serious at all.

But, you follow her every move. If she’s so annoying then mute her name on your socials so you won’t see what she does.

But, you won’t do that because you’re a lowkey fan. It’s okay sis.

She’s too old and rich to be acting like this.

Since when does age define how happy you can get about receiving a gift? Y’all always saying how celebs are human just like us but when they do stuff just like we do, they’re all of a sudden “too rich” to be acting that way?

Make up your mind.

Where? Do y’all not know how many fans this woman has? She’s an international icon, she’s not just known in the United States. Nicki just tied James Brown on the Billboard Hot 100 chart.

She got fans in Africa, Egypt, Russia and other countries.

Plus she’s been in the game for 10 years.

I’m a Nicki Minaj fan, and I don’t make blogs about celebs but y’all are annoying as hell.

If you don’t like her, or pretending not to which is what most of y’all are doing, mute her name. Then you won’t see anything she does.

Other than that, shut the hell up and stop spreading hate.